Tomasz W. Stępień is a president of Firearms United Network (FUN), a pan-European movement aimed at preservation and promotion of civil rights in the area of firearms possession. FUN rose to prominence after 2015 when the European Commission introduced a proposal for restrictions and bans on law-abiding citizens as its answer to terrorist attacks committed with illegal firearms. In exclusive interview with zbrojnice.com, Tomasz talks about the need to raise the number of FUN’s supporting members as well as about the nearing battle for the future of legal firearms ownership in the EU.

Tomasz, you are a Pole. Poles are the most disarmed society in Europe. Why is it that the most prominent pan-European gun rights organization sprung up from Poland?

I think that such an organization had to rise up in Eastern Europe, for the very simple reason that we still remember living under soviet boot. We regained our independence quite recently and we have an allergy on every attempt, regardless of how slight, to limit it. You take an average Czech and they remember 1968. You take a Hungarian – 1956 springs to mind. You take a Pole – 80s and Solidarity. We didn’t have a luxury of American bases protecting us. So we have a completely different perspective than our colleagues from the West. I am not saying they are less committed, by no means. But for us it is much more personal.

And why Poland? No particular reason. Just a guy (Dariusz Dura) with the right vision at the right time in the right place. The rest is history.

Was it difficult to mold FUN into functioning pan-European organization? Are there any countries where you feel your presence could be improved?

Hell, it still is. Like my dear Finnish friend says ‘it is like herding cats’. We come from different cultures, speak different languages, have different historical backgrounds and animosities. We have different legal systems and different laws regarding firearms. Add to the mix strong personalities of firearms owners and you have a perfect mix for perfect storm.

Our presence needs to improve everywhere. We have 15 million legal firearms owners across Europe. I would like to grab a large per centage of them to FUN. For the very simple reason that we are the most effective organization defending the right to keep and bear arms in Europe. We diluted the EU Gun Ban beyond some of the wildest dreams operating on a shoestring budget. Just imagine what can we do when we have proper resources? Activists in countries, watch dogs keeping an eye on local developments, funds to lobby in Brussels, ability to put people on streets in a peaceful demonstration… People laugh at me when I say that our goal is to completely remove the EU Gun Ban from EU legal system. Usually these are the same people which laughed at us when we went against the European Commission on the Gun Ban. For me impossible is nothing.

But back to the point. Yes, there are certain countries when we are not too strong. Some island in the north, some large country in a middle of Europe, some other places with large mountains. You name it. But as I said, we need to improve across the board. We need to steep up the membership. We need to steep up our presence and influence upon governments. We need to have stronger leverage at the EC. We need to improve on our processes and how we follow them. That would allow us for repeatability, which will release resources to other actions. Our plates are full, but we are not stopping until we get what is right.

To what degree are views and opinions of members from various countries different? For Czechs concealed carry is sacred while Swiss cherish their militia, what about the other nationalities’ clear priorities?

Some. Fins will not move an inch on their Reserve. And so on. But I think that we need to work upon a single unifying message. That message is simple:

If I drive a car and I go above speed limit, I am the one who gets the ticket. No one is going after my neighbor, who was on a business trip 500kms away at that time. If I will misplace my gun and brake a rule, sure the responsibility is mine and I should get punished. But no one has the right to stigmatize and go after multimillion community of law abiding citizens, due to failure of the state to provide the proper level of security. Let me repeat, if someone breaks the law, the actions should be aimed at that particular person, not innocents who had nothing to do with the act.

What do you consider FUN’s biggest achievements during the process of adoption of the EU Gun Ban?

There are also other EU measures that are covertly aimed against gun owners, like the proposed ban on use of lead in ammunition. What are you doing in this regard? Are there other similar issues that threaten gun rights?

Yes, there are and we keep close eye on them. I can’t give you any details but we are prepared, especially for lead ammunition case. We have solid scientific evidence which we will use if someone would dare to go down this road.

Firearms United was for a long time working in a “shadow mode”. Now you are an official association that is open to individual members. Instead of having a local branch in the Czech Republic you work closely with LEX. Do you rely on this type of cooperation with national organizations or do you aim at having wider base of individual members directly at FUN?

There are two things here. Firstly, FUN is association of associations. Which means that individuals cannot be full members with voting power. That’s power reserved for legal entities. And we build up the network by working with local organizations, like LEX. It is more efficient and allows us for better use of resources. But I will always preach to individuals to join up as support members. To carry the flag. To be together. Because at the end of the day, this is whom we represent – the smallest possible minority – an individual.

Firearms United was very visible during the time of EU Commission’s push to disarm law abiding citizens. What is the bulk of your work nowadays?

That’s implementation of the Directive into local legislations. And the second thing on our agenda is to build up FUN properly.

Majority of EU countries didn’t implement the EU Gun Ban even now, half-a-year after its adoption. But most are working towards it. What are the most positive and negative examples of national implementations?

On the negative side – that would be France (who had to do almost nothing, as their regulations were already more severe) and Belgium who simply implemented it wholesale without much thinking on trampling individual rights. On the positive side – it is Finland, who very cleverly, also thanks to very hard work of our guys there, used the Directive to actually soften local regulations and make the life better for thousands of firearms owners.

What do you expect from the 2020 Directive review? Dita Charanzová said she hopes the new EU Commission will keep their hands off the legal firearms. Do you share her optimism?

Nope. First of all, I am not sure on the whole concept of the ‘new’ Commission. Already some people were nominated for Commissioner positions. So we might have that the status quo might be maintained if the number of nominations will happen before the EUParl elections. And then I am pretty sure that they will go after us in 2020. The Commission was deeply unhappy with our (FUN) actions and the ability to wake up firearms owner community. If you recall Juncker called us “the most aggressive gun lobby I’ve ever experienced”. Well, I can assure Juncker that we can outdo ourselves.

In the event that the Commission will be heavily changed after the EUParl elections, I am also not very positive with my thinking. After all, we talk here about firearms. It is very easy to score ‘brownie points’ with public majority by moving against firearms owners. Because such actions are easy to create, low cost in most cases, resonate well with people who are not touched by them, and usually firearms owners – being law abiding citizens follow them. But I think that the moment will come, and soon, that people will start to question such delusional decisions more and more. We started in 2015 with the EU Gun Ban and we will not stop.

Interview will continue in 2nd part about civilian firearms ownership in Poland.

Licencing conditions (this interview only):

Permission does not cover use of pictures or any content other than text.

Under the following conditions: 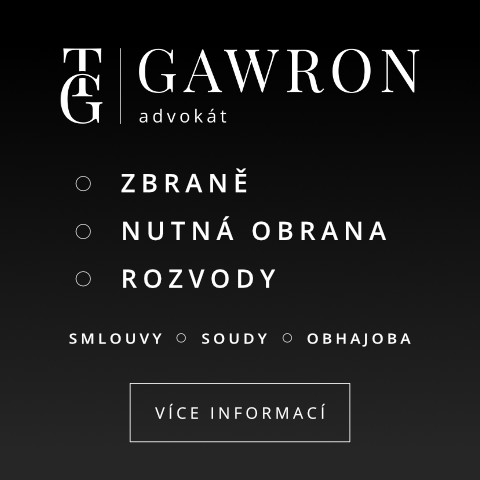